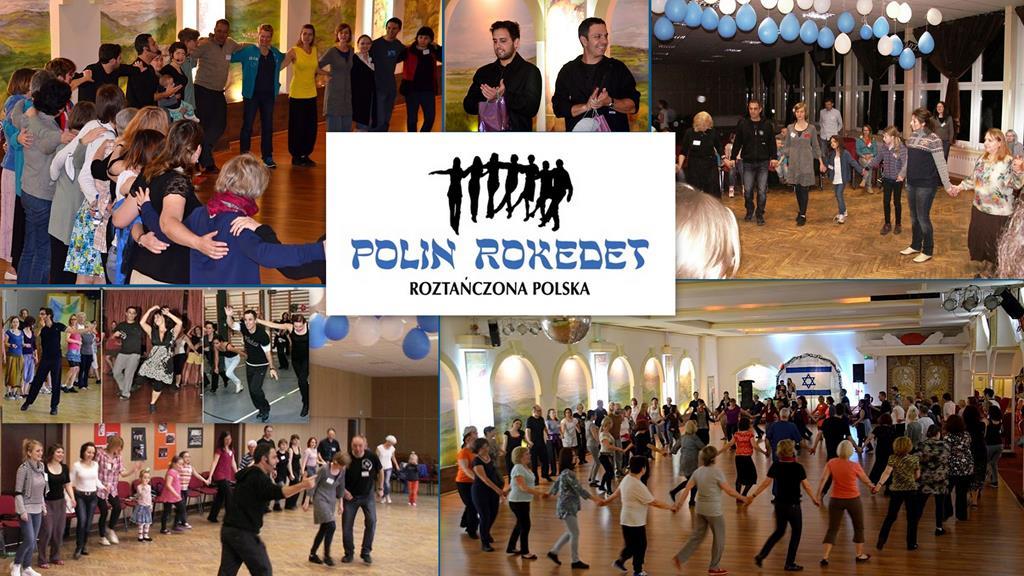 In May 2014, in Villa “Cyganeria” in Skaryszewie took place workshops “Polin Rokedet – Dancing Poland”
organised by SportPlus Association and the Foundation Living Bridge.

The purpose of workshops “Polin Rokedet – Dancing Poland” was to introduce to Poles Israeli Folk Dances and showing through their prism the richness of Israeli culture with its diversity and the multiculturalism as well as giving the chance of experiencing joy coming from the dance. We wanted also to demonstrate how Israeli Folk Dances can contribute to establishing inter-generation, intercultural and international relationships.

Israeli choreographers – Yuval Maayan Tabashi, Lena and Oren Ashkenazi led us into world of Israeli Folk Dances, step by step teaching circle dances – those old and more contemporary, discovering for us the Israel which we didn’t know yet. Dance sessions were intertwined with other workshops: artistic (singing, felt of flowers, painting on T-shirts) and educational (culinary workshop, “Dance journey through Israel”). During workshops met participants from Israel, Germany, Finland, Russia, Switzerland and various regions of Poland. They had a chance to divide from other with particle of the own culture and to taste regional dishes during the Evening of Native Culture.

“The three days during which were conducted not only workshops about history of Israeli dances but also Hebrew songs classes and showing on T-shirts in a Hebrew manner one’s name. Word the Sabbath acquired significance here. (…) in conclusion everyone received workshops CD with recordings, so now can greet every the day with dance.” Participant of workshops